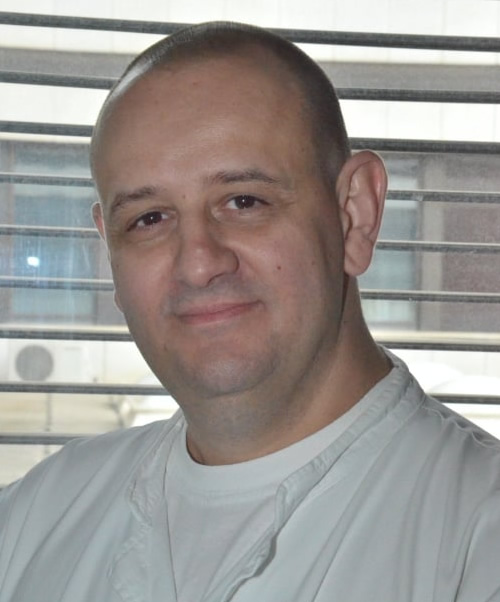 Aleksandar Spasić was born on November 13, 1973, in Niš. He finished Secondary school in Niš with honors. He graduated from the Faculty of Medicine at the University of Niš in 09.06.2001., with an average score of 8.24.

After completion of compulsory medical internship and passing the professional examination in December 2002, he began working as a general practitioner with the rank of second lieutenant in the GA Kraljevo, then obtained the rank of lieutenant on duty Chief Garrison SnSlKraljevo. In June 2004 he was transferred to the manager of GA Pozega, where he remained until 2005, after which he was transferred to the Kraljevo garrison as a doctor in a policlinic of Airport Ladjevci.

In 09.03.2012, he was appointed with the rank of Major, as a specialist in urology in the Department of Urology, Military Medical Academy,2nddepartment.

In 2014 he completed doctoral studies at the Medical Faculty in Kragujevac. The preparation of the doctoral dissertation is in progress.

In 2015 he finished the course "ESU Hands-on training course on Laparoscopy and Endourology", organized by the European Association of Urology.

In the context of professional training, he participated in numerous conferences, congresses and symposia.